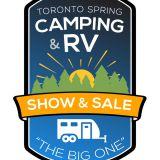 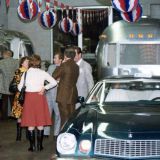 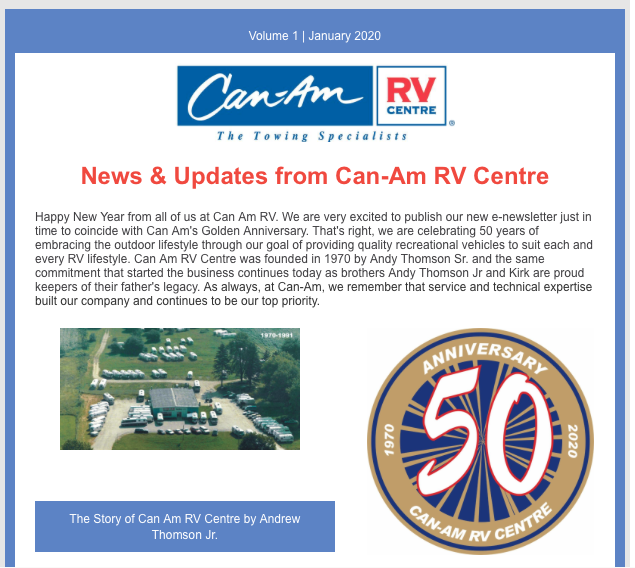 Stay in the loop with The Can-RV Centre Newsletter 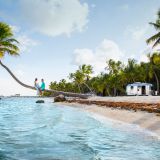 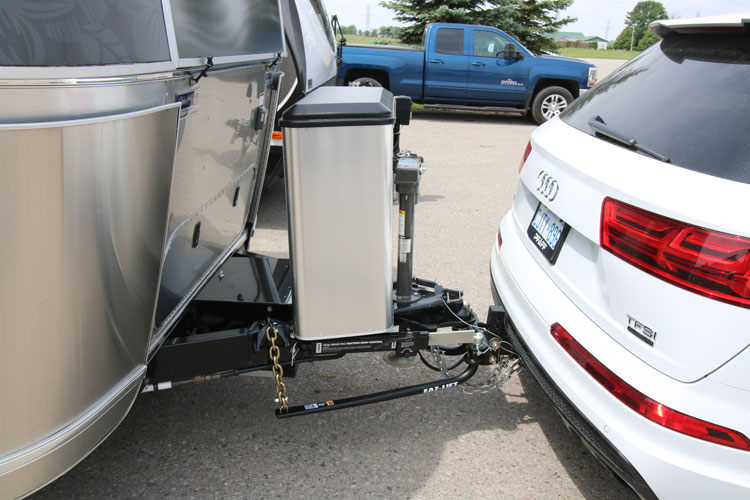 Tow effortlessly and smooth this season!

Most trailers on the road today have their ball mount angle set improperly, which is unfortunate as it’s an easy fix on most hitches and will significantly improve towing performance and safety.

A Rearward Angle is Ideal 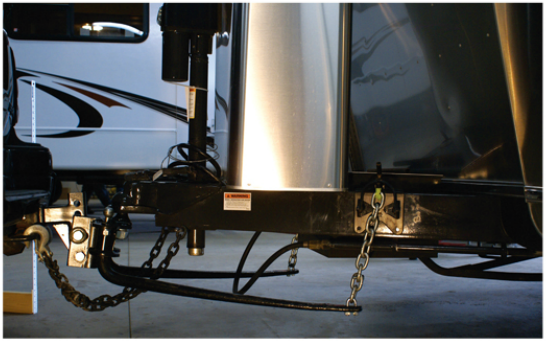 In this picture (left), the ball mount is bolted together at the correct angle. Depending on hitch weight and ball height, this much angle may not always be achievable, but if possible, it is desirable.

To many people, this angle looks wrong: they think a 90 degree/square angle would be correct. This may be true for carpentry, but not for suspension geometry and weight distribution hitches.

There are a couple of minor advantages of this rearward angle: less wear on the chains and more flexibility in the position of the snap-ups. However, the main reason for the rearward angle is because it prevents weight transfer when you turn corners or change lanes. This allows additional traction during sharp turns and more stability at high speeds.

What happens without the angle?

When the ball mount is vertical, the axis on which the torsion bars rotate is also vertical. As a result: no matter where the torsion bars are in their rotation, the ends stay the same distance from the ground (see the yellow bar in the photograph below) and therefore they exert the same pressure. This means each torsion bar will transfer an equal amount of weight in the direction it is pointing. 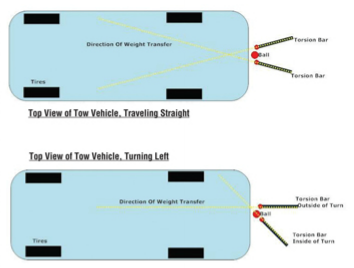 When the tow vehicle is turning (see image on right), the inside torsion bar points—and transfers weight—to the opposite rear wheel, effectively trying to roll the vehicle over sideways. The bar on the outside of the turn is pointing towards the centre of the car at the front, but less weight is transferred forward because only one bar is pointed at the front of the car, not two. 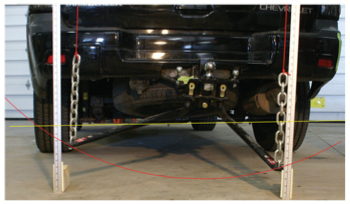 The bar on the outside of the turn is now pointing straight up the centre of the tow vehicle, but has more angle since the maximum rearward angle occurs when the torsion bar is straight behind the tow vehicle.

The bottom line: when we turn with the angled ball mount, we are still transferring weight to the front wheels --- not trying to roll the tow vehicle over.

Ensure your torsion bars work for you, not against you.

Picture an emergency maneuver such as a sudden lane change. Just when you want the most consistency from your tow vehicle, its balance suddenly changes. If you need to straighten equally rapidly, you now have a vehicle that is suddenly rolling two to three inches side-to-side—without factoring in body roll (centre of gravity)—and at the same time the front tires have less traction.

For those who are NASCAR fans, you are likely familiar with the term “wedging a car” where the weight on the tires is modified with sway bars and spring rates to optimize traction on the continuous left turns. By using angle on the ball mount, we don’t “reverse wedge” the tow vehicle when turning. If we were to start an “RV Cup” series, we’d likely design a hitch for left turns with an extreme geometry.

Stability on the Straight of Way

Beyond making the tow vehicle much easier to control in an emergency maneuver, the ball mount angle also assists with directional stability when towing straight down the road at highway speeds.

Even in small degrees of direction change, the pressure on the torsion bar on the outside of the turn increases much faster than the pressure decreases on the bar on the inside. Why? As the torsion bar bends it requires progressively more pressure to continue bending the same amount. With angle on the ball mount, the trailer wants to naturally settle in a position straight behind the tow vehicle.

More than half the trailers I see on the road actually have the ball mount pointed the opposite way of what it should be. This is because the ball mount was originally bolted together vertically and since the receiver has be twisted, it is now pointing toward the tow vehicle at the top. This makes the trailer hunt side to side as the natural resting place for the ball mount is to one side or the other, never straight ahead.

Concerned about your ball mount? Book a hitch assessment with Can-Am RV today.