The Culture of Towing 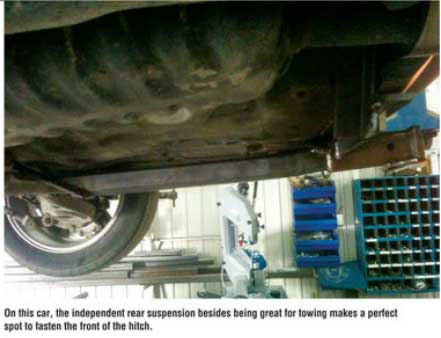 Many of the conventions of the RV industry still trace their roots back to the 1960’s and early 1970’s, the formative years of the RV industry. For example, hitch classifications still reach back to a time when pretty much every tow vehicle weighed 5000 pounds or more. In those days, virtually every RV trailer weighed 5000 pounds by the time you loaded it, even a 17’ model. The only "lite" trailers on the road at that time were boat trailers and fold down camping trailers.

Another example of an outdated industry rule of thumb is that brakes are not required on a trailer weighing less than 2000 pounds. But if you are towing a 1500-pound trailer with a 2400-pound car, you very much do need brakes.

Another element that was present in the 1960’s and early 1970’s was an assumption of the driver’s ability and expectations. After all, if you grew up driving a model "A" Ford with a three-quarter of a turn of play in the steering, and mechanical brakes that often worked, a little sway from the trailer when towing with you 1969 Buick Electra did not bother you very much.

When hitch classifications were first established, the only class with weight distribution was class 3, which includes hitches over 5000 pound capacity. I guess the thought at the time was that with 5000-pound tow vehicles, trailers lighter than that did not require weight distribution. This was not a correct assumption, but since almost all vehicles of that era could have a class 3 hitch if you wanted it, weight distribution was easy to do and the lack of weight distribution capability on the lighter hitches was not really a problem. Also, most hitches were manufactured on the car in hitch shops – bolt-on receivers were a relatively new thing.

"Today, we often tow 3500-pound trailers with vehicles that are lighter than the trailer, which is not a problem with weight distribution."

To prevent the use of weight distribution in a class 2 hitch, the receiver tube is a smaller size. Unlike the 1970s when you could buy a class 3 hitch for almost any vehicle, today there are many vehicles where a class 2 hitch is the largest hitch available.  This causes some interesting anomalies; for example, Reese builds a mini hitch that we use on our Alto trailers and some hardtops. It is ideal for these ultra-lite trailers, but you would never use it on a trailer weighing more than 2500 pounds – however, there are no equivalent off-the-shelf receivers to match with it. 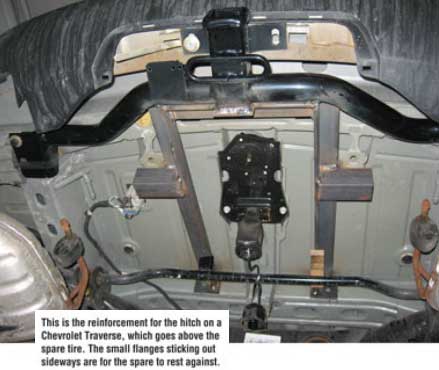 You may own a vehicle with plenty of power to tow, great chassis dynamics, etc. but it cannot carry 350 pounds on the back without weight distribution, and you cannot easily purchase a receiver for it that will accept weight distribution.  As a result of this, I see somewhat disturbing things happen. You will see a trailer that desperately needs weight distribution being towed just on the ball, with maybe a sway control, or you see people spend thousands of dollars to change tow vehicles when all they needed was a little better hitch receiver. I have also seen class 2 receivers where someone has cut off the small receiver tube and welded on a 2" tube, but they have not made the hitch any stronger so it just twists from the torsion bar torque.

Even scarier is when someone takes an adaptor intended for bike carriers and adapts the 1.5" receiver tube to a 2". This is doubly bad as it pushes the ball well behind the tow vehicle, further increasing the string on the receiver and reducing stability.

So how do you solve the problem if you own a potentially great tow vehicle, but just cannot get a receiver for it?

What you need to find is a fabricator that can change a class 2 into a class 3 receiver. There are still a few old time hitch shops around the 1970’s who understand how to do this, but if there is not one in your area, you can often have it done by a general welding or machine shop. One person I spoke with in Arizona had it done by a race car builder – another had it done at a truck repair facility, and a couple of people I met had this done at a farm implement repair shop. Basically, if the fabricator understands that you are going to leverage weight to the front wheels with the hitch, they can often figure out a way to do it; it is not rocket science.

"A rule of thumb is that you create strength with distance - the further you can spread the loads the strong the hitch will be."

The way you accomplish this is to lengthen the receiver further forward on the vehicle – that way the section you add is absorbing the torque from the torsion bars, and the original class 2 hitch portion is only dealing with the vertical loads it was designed to accept. A rule of thumb is that you create strength with distance – the further you can spread the loads the stronger the hitch will be.  So why does the industry not just change the standard so that there are class 2 hitches that accept weight distribution?

One problem is that today, hitch standards are controlled by the Society of Automotive Engineers (SAE), which is a huge bureaucracy in its own right.  It does a lot of great work, but with all the challenges facing the auto industry, trailer hitches are not high up in its priority list. Also, as brilliant as most automotive engineers are, they really do not have a great deal of understanding of the RV industry and towing in general; 99.9% would not have a clue as to how to properly configure a ball mount.

In Europe and Japan, weight distribution is totally unheard of, so designers there may not even know such a concept exists. For the RV industry to push the SAE to make changes would take people in the industry pushing for it. However, few in the industry really understand hitching and towing and, quite frankly, many are afraid of the entire subject.

Even though the status quo is not as safe as it could be, to many in the industry any change is scary, and no one will do what they are afraid of. So, the existing culture remains.  Even though getting a hitch strong enough on your lighter tow vehicle might take a little digging on your part, the payoff in towing stability and safety is well worth it.